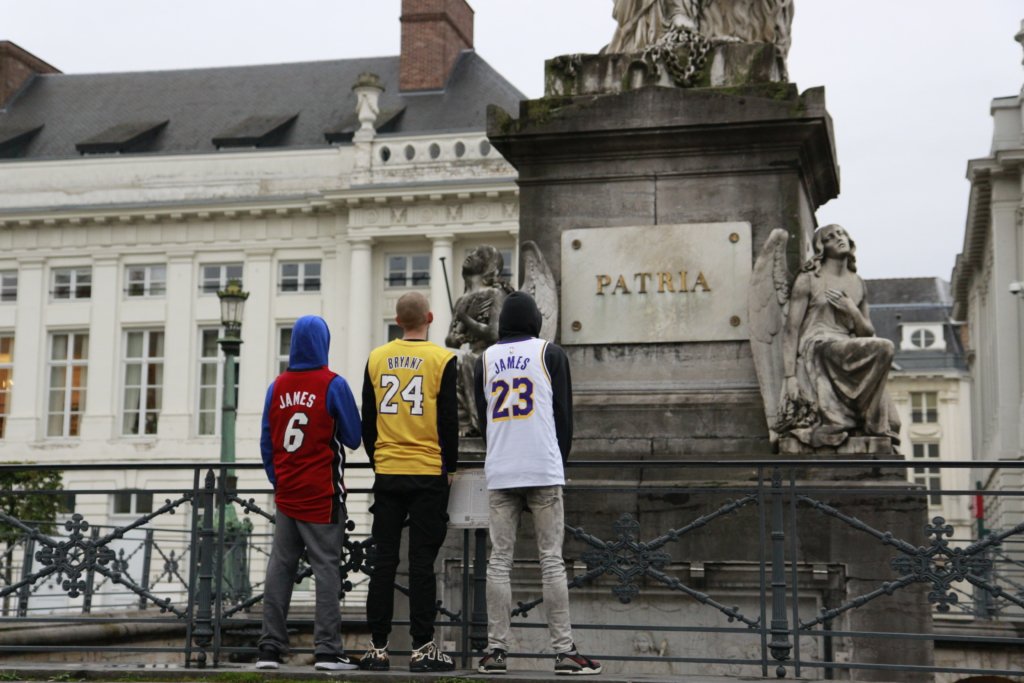 I take part to an interesting class in IHECS called “Being 20”, a photography workshop. The concept of this project is to find young people of 20 years old in a city, and to use your camera to transfer what you feel about them, and to show what means “being someone of 20 years old, in Brussels”.

First, the most difficult part was to find and to get the agreement of a person. So, my strategy was to walk around, observe and keep trying to request people who looked like 20. I wasn’t sure to find someone, but I was sure of one thing: this project would be an adventure!

…is not a peace of cake!

It took me a lot of time, but, I will say that coincidence is a miracle.Here is the story. Based on a photo project, I needed to hit on some Belgian young people. Of course, most people rejected the request. ” Vous parlez vous anglais? ” was the most be rejected question.

But when you let the luck come…

The moment I began to get frustrated, a group of young man came through my eyes. They had shared interests with me and the distance of our apartment was actually very close. Can you imagine that three hours ago, you were trying to hit on somebody for the project. Now, you are in somebody’s house, Smoking, drinking whiskey and listening some unknown french rap! And that house just near by your apartment.

I would say that if I would have given up before meeting them or even having noticed them, I wouldn’t have asked them anything, and I would have lost this adventure for sure. So here, I would like to share an advise with any student who has to manage a project: never give up what you are doing and don’t say “no” to any opportunity which you can aware. It could be an wonderful adventure!